The Heart catheter on Mr. Big showed there is not any blockage. We are so thankful for this news!! The Doctor was surprised, but very pleased with this information. He still has other health issues with his breathing, but this has narrowed things down. He has asthma and his lungs were severely affected by the chemicals that he was exposed to on his job. This exposure caused him to retire much earlier than he had planned on.

I truly believe in the power of prayer. Thank you to everyone for keeping us in your thoughts and prayers. Mr. Big asked me to also say a Big Thank You!!

Mr. Big's sister drove 3 hrs through torrential rain to be with us. She is a very special sister, not only to M.Big, but also to me. After we got the good news, he had to rest for several hours, so off we went shopping. In case I haven't mentioned this, Grayling does not have a big selection of Big Stores, LOL. Had lunch and back to the hospital to pick up our patient. He was in a great mood, being relieved with the good news on his Heart. The Doctor said for him to rest all weekend, no driving and no lifting. M. Big made the mistake of asking did we want to stop and visit the Indians!! Welll, now what do you think...we have to drive right by the Casino to get home,(hospital is 65 miles from home). So, we did stop for an hour and got rid of some stress, donated a little bit of money...then proceeded on home and got him settled in his recliner. Linda had to head back downstate...again in pouring rain. No complaints on the rain though, cuz after last week's fire we are thankful for it!!

Now I am on to the next big project for this weekend, cooking and setting up for a Breakfast for possibly 100 to 150 people Sunday morning. I have a wonderful group of volunteers that help, I could not do this without them!! I will be busy baking biscuits, gravy, Cinnamon rolls...

Hope everyone has a great weekend,

That is wonderful news about Mr. Big. I'm so glad. And that is so funny about stopping at "the Indians" on the way back from the hospital! I love it!

Biscuits and gravy...yum...can you spare one for my husband? That's practically his favorite food--I guess it's the Texas in him... : )

Dear Debbie,
What a wonderful news!!!
am using my hubby's computer so don't confuse that name change...if i sign in when he going to do stuff here he has to sign again.... am in between cooking...
biscuits and gravy! brian loves it...he teach me how to cook...but i can't stand the meat smell...i like biscuits :))
am sure all of us relieved by this great news!!! God is Great!!! Thanks God!
love you Sweetie..
((hugs))
bindi

Dear Debbie,
Fantastic news! What a wonderful early birthday present. Jo tells me that shopping is good therapy and a great way to while away a few hours :) lol I hope you purchased some great bargains. I'm sure that Mr. Big won't mind following doctor's orders for the weekend! Biscuits and gravy for breakfast sounds good!
Well, I must get ready for church.
Have a terrific week.

Good news about Mr Big - hope it continues way into the future!!

Sounds like you had an eventful day at the hospital. What with the shopping, the Indians, etc. Good Lord!!! Was anyone stress? Worried? You know, the usual stuff?!!! You guys are too funny. Did you make any money at the Indian's or was it all just a donation. Hope you made a little somethin', somethin' for poker at the Cafe.

Love you both and so glad to hear the good news. Now we'll wait to hear about the lung issue.

Oh my God, almost forgot. Biscuts and gravy. I've never had that, but can imagine. Sounds lovely. Make extra, I'm coming over!

Leah,
Yes, it is great news, thanks for all the good thoughts.

We have "several" Indian Casino's here in Michigan, so since we had good news, thought maybe we might win, not!! Had fun anyway.

Didn't have any biscuits and gravy left today, but here in our virtual world, we will have to plan a "down home breakfast"!!

I am going chill and wander around and visit if I don't take a nap first.

Bindi,
I think we might to have a "down home Breakfast" with buscuits and gravy and everything else that goes with it!

Thanks for all the wonderful thoughts and prayers for Ed, they really worked.

As I told Leah, I am going to try and visit, unless I fall asleep first...

Mark,
Yes, it was a great early Birthday present!! After we got the good news and we had to wait for him to be released it was great therapy to do some shopping...I did get some great bargains.

Ed has been real good all weekend, though I did need his help with cooking at the Breakfast this morning. We made him rest a lot though, no lifting, etc.

The biscuits and gravy were very good I was told. Of course the cinnamon rolls are my favorite..I only made 27, I did manage to get one,LOL.

Tell everyone hello for us,
love, Gig

Peter,
Thanks for stopping by to visit!!

Mr. Big is doing much better thank you.

Since I had to sneek and hide one cinnamon roll for myself, I am enjoying it as I catch up on everything here...hmmmm good...

There has been a lot of stress while waiting for this procedure, since it took us by surprise. That is why when we got the Great news, I thought I better make the best use of time I had, since shopping is limited to just K-Mart here in town...so the shopping was a stress releasing trip. Visiting the Indians was just plain goofing off!! I lost a little, then won some, then lost, but not much...probably paid for 2 pair of moccosins!! Which is better than paying the Electric Bill,LOL!!

Sold out of the Biscuits and gravy today, but I will make everyone some more!!

Take care, I will be coming to visit sometime today!!
Since you are behind me timewise, I wiil see ya later!!

When will you be visiting? Friday? Is today Friday?

gig,
i'm so pleased all is ok for Mr Big, it must be a great relief for you.
I can't imagine biscuits and gravy, must be missing something :)
take care
k

Gig
I have been married to Mr. Big for 20 years. Together we have 3 daughters and 15 very busy grandchildren. Plus, 1 beautiful great grandson! Our family also includes my precious kittie Maggie and our grandchildrens' dog Baby!! 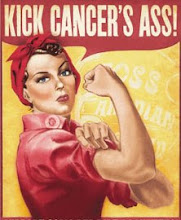 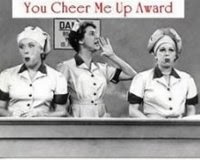 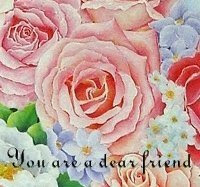 From a Wonderful Friend 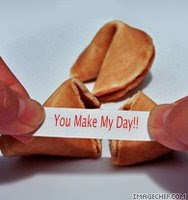 All text and images property of Gig at Ramblings from Gigsville unless otherwise stated. Any contents of this site may not be used, published or reprinted without written permission.